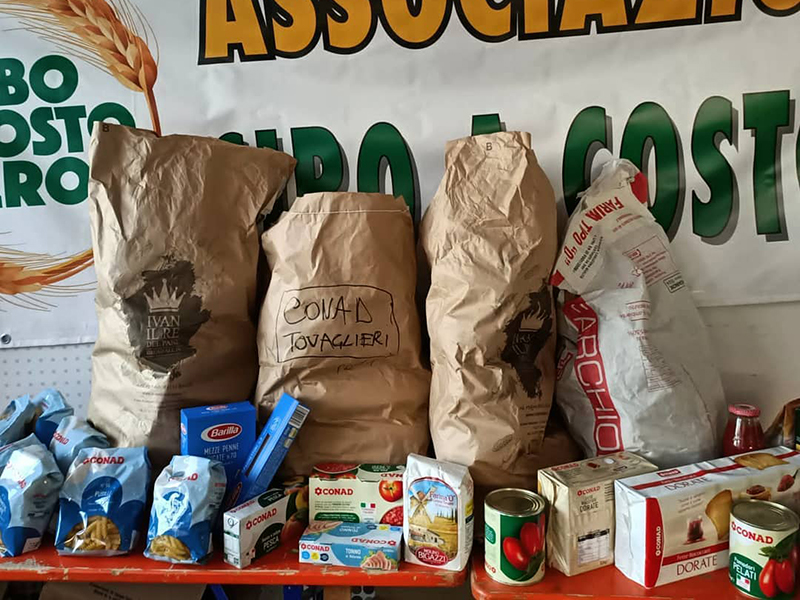 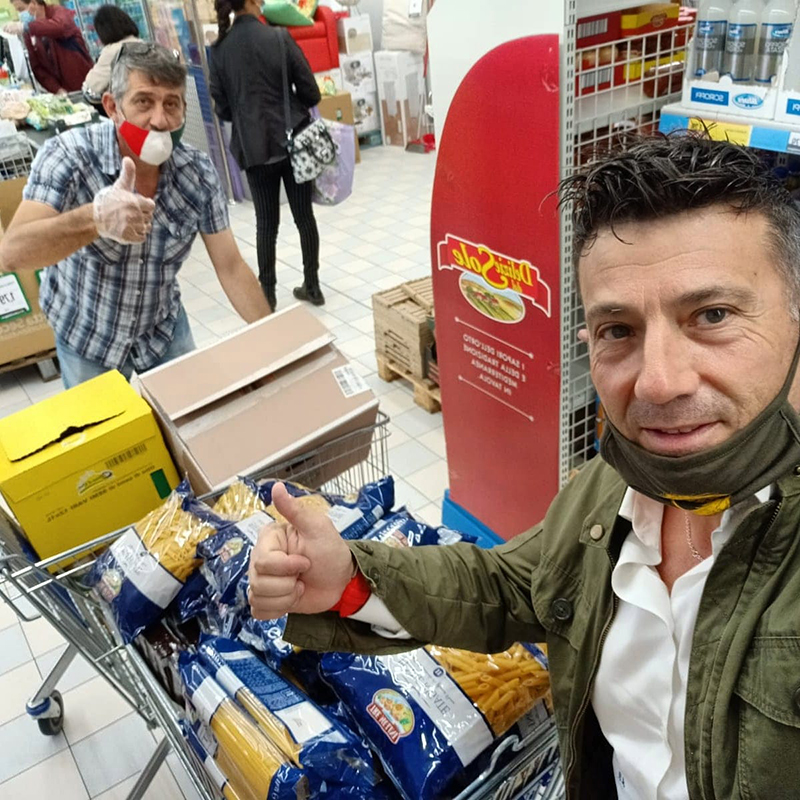 Food at no cost is an initiative of some crazy Roman dreamers who with so much ambition and will believe that from a small gesture on the part of those who have it, they can help those who need it most. And so, with strong determination and a spirit of solidarity, in 2016, on the basis of the Gadda law, “FOOD AT ZERO COST” was born! This group of dreamers, aware of the internal dynamics of the distribution system and the related waste, wanted to optimize what was a flaw to make it a strong point. What was nothing more than a food waste, from that moment on would become, through agreements, a meal for families in difficulty. The many Roman families who poured basic necessities into a state of need since 2016 have only increased exponentially, especially in this period of emergency. In addition to the fight that began in 2016 against the two thousand tons per year of perfectly intact and unexpired food that were thrown away before it was even sold, now in the midst of the pandemic, even more pungent and tragic problems are rampant, such as the shortage of goods basic necessities, exponential poverty, unemployment, layoffs, rising suicide rates. We are all in trouble, social stigma and shame have no more space. We are there and we want to help anyone who needs it. Not only by bringing a meal with our weekly packs, but by offering the opportunity to give dignity, work, through a network of agreements based on people's abilities and potential. We will not stop in front of the difficulties: this association was created to face and overcome them with will, trust and tenacity.

What do we do

We are open to any collaborations that can help social issues, do you want to help us too?

With your help, we can improve the lives of many people

They talk about us ..

Raise awareness in the city on the issue of food waste. Educating the younger generations to a new relationship with the growing consumption of the territory which represents one of the great cultural challenges of our time. (Schools, commercial studios, theaters, TV and radio). Being able to give dignity to people by inserting them into the world of work. Create and activate an organizational secretariat that manages the initiatives and maintains contact with schools, federations and institutions and responds to all the tenders present for the third sector APS Through the job requests that will arrive, we will create a database of names with the characteristics of the resource and possible job outlet so as to facilitate the insertion into the world of work in the most suitable sector. By finding agreements for those who are entering a new profession, it will be possible to give them free courses or internships